KLSCAH Women Division demand a thorough study of Police SOP and strict actions be taken against bad apples among the police force.

With regard to the incidence a few days ago where a police inspector was alleged [...]

Humane & Appropriate Treatment on Violators of MCO Amid COVID 19 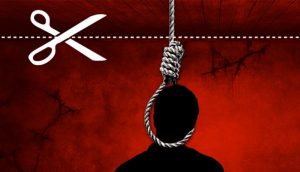 Press Statement on World Day Against The Death Penalty

In commemoration with the World Day Against Death Penalty on 10th October, The Kuala Lumpur [...] Family Friendly Policies are policies designed to enable employees to balance the demands of paid [...]

To acknowledge individuals and organizations on their contributions to civil society and to promote multiculturalism [...]

Make May 13 A Day for Peace, Reason and Freedom

On this day which the nation experienced its darkest hours 41 years ago, we the [...]

Suppression on HINDRAF only harms the Government’s legitimacy

The CRC also censures the police for abusing its power by setting up roadblocks to [...]

Seven Measures to Dismantle Police State: A call to both Abdullah and Mahathir

Time for the Nation to seek Transitional Justice While PM Abdullah has pledged listening to [...]